Nigeria has a long way to go in providing healthcare over its region. The condition of things health-wise in the northern part only worsens each day. The factors enhancing health issues and death in the area is tied to lots of elements. 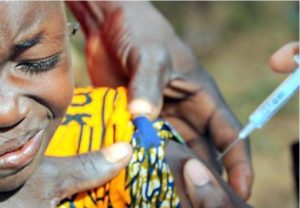 Unlike the other parts of the country where the health challenges the masses face are rested on lack of adequate materials, funding, expert staffs and the high price of services, the issue in the North has lots of contributing factors.

These contributing determinants are both cultural, environmental, and lack of proper health coverage. Today, we are here to throw some light on these root problems

In the North, drought is an issue. Perchance, you are unaware of what the term connotes. Drought refers to the lack of adequate supply of water or precipitation to the soil to encourage soil moisture and other activities.

1. Meteorological Drought― This has to deal with the atmosphere. The air begins to lose humidity until it is scorched. This condition is evident in the North and encourages hard breathing and no rainfall.

2. Hydrological Drought― this type of drought is evident under the soil. It covers the significant drop in water presence below the surface. This situation occurs after a prolonged time of meteorological drought. The streams begin to dry off, the well does the same, and the presence of underground water is no longer felt or seen. This condition leads to the hardening of the ground which leads to other ecological imbalance. In the north, this kind of drouth is what people who live there have to deal with every day.

3. Agricultural Drought― this lack of water condition comes into existence once the plants begin to feel the lack of water. In this stage of lack of water, you see the offshoot looking sickly. Already grown vegetation find it hard to produce seedlings. Some of this mature vegetation begin to wither and die. Those plants which manage to produce fruits, their fruits are impoverished.Lack of soil nutrients can also cause these symptoms. However, in the case of the North, it lies on lack of water due to widespread hydrological drought.

4. Ecological or socioeconomic drought― This term covers the demand and supply section of the effect of drought in a region.Animals start looking for water and vegetation to survive on.Humans begin to seek for water and other water engineered materials to continue their existence and finding a limited to no supply of such amenities. This is the end product of agricultural and hydrological drought, and it is much felt in the Northern area of Nigeria.

Due to this condition, people find it hard to eat. While the battle of poverty and unemployment remain active in the region, you cannot go into the wild to look for something to eat or kill. If you do,most times you may return to your home without luck.

Because of this situation, many of the people still residing there depend on their ethnic men who are out in the big cities, wealthy folks, or the government to supply the meals.

While the neglects continue, many are forced to find anything to eat and drink, including contaminated foods and liquids which worsen the condition of their health and bring them at the door of chronic stages of cholera.

Though their Islamic, dominant, religious practice and culture encourage the sharing of meals among each other, it is not enough to curb the hardship and health challenges that come with the continuous presence of drought.

Desertification is another issue that plagues the region. As you might know, the north is dominated by Savannah vegetation and is a semi-arid land. Hence, it is always at the risk of desert encroachment.This situation gains a greater chance of coming through with the falling down of trees and burning of grasses. The presence of drought in the area is not helping issues.

Now, an arid land is another word for a soil which lacks sufficient water. Also, desertification refers to the degradation of an area of land into a desert region. When this occurs, the earth loses its vegetation and wildlife.

What this assertion interprets is that man can no longer exist comfortably in such area. There will be no trees for shelter, edible vegetation for absorption, no grasses for their domestic animals and wild herbivores, and little to no water to drink. Those who continue to live in such locations have a high risk of dying off.

Desertification discourages agricultural productivity and the sustenance of an ecosystem, this is why various institution over the world are battling the menace. However, in Nigeria, we need more efforts and success in overcoming the desert encroachment coming toward the South from the North.

Due to the risk of Desertification, occupants of the region suffer skin infections, chronic taste, skin cancer, skin damages, massive flooding, air pollution, water pollution, and land contamination.All of these adverse effects are detrimental to the health of man.

In fact, for those who live in areas taken over by this environmental challenge, the people witness, lack of land produce, land productivity, fire-woods, increase in undernourishment, the appearance of dunes, and finally displacement. They are forced out of their homes to migrate southward. Those who have nowhere to go end up in IDP camps which at the moment, does not encourage healthy living.

While the battle of proper, cost-effective waste disposal is still on both in developing and developed countries, the situation of handling waste removal in Nigeria is pathetic.

The contributing factors of inadequate management of waste removal in the nation include the rapid population growth, lack of adequate policies, quick growth of industrialization, produce of urbanization, insufficient funding, and more.

These determinants are what lead to the improper disposal of waste on uninhabited lands, roadside, farmlands, and flowing water.Some of this unwanted materials are burnt like the industrial and urban waste. Some are liquid in nature and capable of killing living organism that they come across.
Now, we cannot say that man should no longer produce wastes in its effort to survive. If we do, man can no longer exist. Man’s production of worthless materials both from body excretion and leftovers of amenities are the consequences of his action to survive and explore the earth he has found himself in.

The same thing can be said concerning animals in the forest and at home. However, we need to adjust our strategy, policy, method, and response to waste removal.

In the North where childbirth and increase in population is an accepted practice, the mode of waste disposal is terrible. They lack the knowledge to remove waste from the environment correctly.

Those who live in the region get to witness the transfer of solid waste from one area to another.There are no sufficient trained personnel, no educational awareness, and an adequate number of waste-removal equipment.

For the above reason, householders continue to dispose ofthere waste the way they perceive is right which leads to both air pollution, land pollution and the start of different kinds of health issues.


Some ethical practice of the Northern people is a big contributor to their health woes.Much Public health staff complain about the reluctant attitude of the Northern folks toward modern medicine.

Furthermore, it has not been that long when the Emir of Kano, Muhammad Sanusi II stressed that the Northern part of Nigeria was still living in the 19th century of their religious practice. A pattern of living that shuns western education and encourages the maltreatment of the women folks.

Though one religion does not own the region as it houses both Christian and Muslim, the later is predominant. With most of the Muslim people showing hesitance to modern healthcare and education, the amount of people suffering from lack of medical attention remains high.

Severally, different organizations including the government, strife to launch awareness programs to educate the masses on the importance of Healthcare, sensitization, and other know-how to promote the condition of the region.

However, based on their firm belief in the old ways, these activities have yielded fewer results. Because of this stiff-neck practice, they remain mostly rich in numbers and poor in all other respect.The situation remains the same despite the fact that each state gets a handsome share of the oil returns from the Niger Delta and the taxes that accrue in the Federal government account, according to the Emir.

Based on their mentality and practices, the North folks continue to suffer health challenges mostly the women who experience a high number of mortality rate in childbearing complications and abortions. Currently, Nigeria occupies 14% of the yearly world maternal mortality

The land-form, vegetation, and weather condition of the Northern part of Nigeria advance the issue of drought, erosion, desertification, and much more in the region.However, the most fundamental factor restricting medical progress and other development in this part of Nigeria liein mind and response of the people toward social and health enlightenment.

It is our desire that the government and leaders of this region would put hands together, to encourage the masses to adjust their mentality towards healthcare, sensitization, and other useful input by organizations and the government targeted toward development and stability of the region.